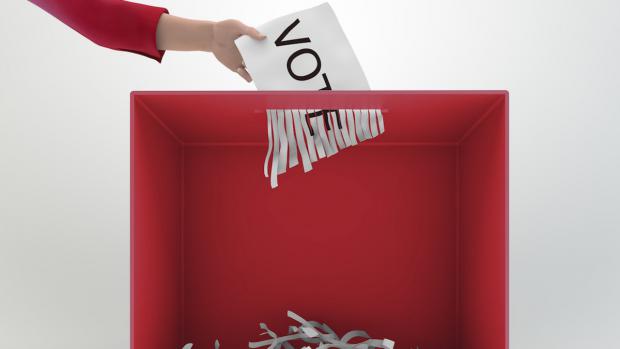 For the next three months, Americans will be dope-fed billions of dollars' worth of political propaganda aimed at keeping them glued to their television sets and persuading them that 1) their votes count and 2) electing the right candidate will fix everything that is wrong with this country.

Incredible, isn't it, that in a country of more than 330 million people, we are given only two choices for president? How is it that in a country teeming with creative, intelligent, productive, responsible, moral people, our vote too often comes down to pulling the lever for the lesser of two evils?

The system is rigged, of course.

It is a heavily scripted, tightly choreographed, star-studded, ratings-driven, mass-marketed, costly exercise in how to sell a product—in this case, a presidential candidate—to dazzled consumers who will choose image over substance almost every time.