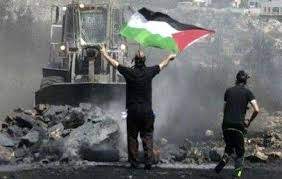 Jenin had been sealed off from the world for nearly three weeks as the Israeli army razed the neighbouring refugee camp and terrorised its population.

It was not hard to infer Bakri's larger meaning: when it comes to their own story, Palestinians are denied a voice. They are silent witnesses to their own and their people's suffering and abuse.

The irony is that Bakri has faced just such a fate himself since Jenin, Jenin was released 18 years ago. Today, little is remembered of his film, or the shocking crimes it recorded, except for the endless legal battles to keep it off screens.