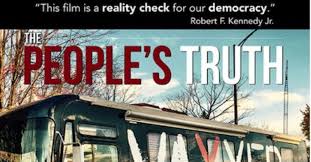 "Urge" is too light a word. What is coming down the pipeline at us, in terms of attempts at vaccine mandates…this film will only strengthen your resolve, even if you're quite sure you don't need strengthening. The film contains many interviews with parents of vaccine-devastated children, and the children are there, too. The children who have died are there as well. Nobody has ever made a film like this.

We DO need to drill down to the roots of the poisonous tree.

Some people make this calculation: "I don't want my view of COVID to appear too radical. That would drive the audience away. So I'll cut myself off at a certain point and try to give the audience pieces of the puzzle they can digest…"

For example, they would assert: "I'm not against vaccines. I just want to make them safer."

They would say: "We have to agree there is a new virus spreading around the world. If we don't, people will reject everything we say. So let's focus on whether the virus is as dangerous as health officials claim it is."

They would say: "We have to accept official case numbers as a starting point, even if untold numbers of people are being diagnosed with COVID by a casual glance at their symptoms, and even if the tests are inaccurate…"