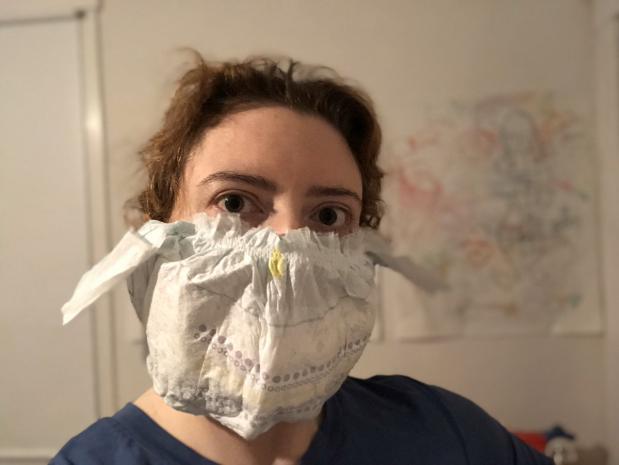 The difference is that

1. There is no pandemic. COVID 19 is no worse than the common cold/flu. The death rate is less than 1/2 of one percent, mainly the aged.

2. Face Diapers are humiliating and unhealthy.  The elite (World Economic Forum) admit that the #scamdemic is a mass hallucination designed to force undemocratic social change.

How do we respond?

Below- Eric Peters urges us to boycott.

When confronting covidiots, it's always important to explain that the virus is no worse than the flu, hardly anyone dies and it is a trick to impose onerous changes to society undemocratically. We are Conscientious objectors, not cranks

We are forced to hand over our money to the government. We still have the power - and the legal right - to withhold it from businesses that don't deserve it.

One such is Carl's Jr. - the hamburger chain. Which just issued a policy decreeing that Face Diapers must be worn by employees and patrons . . . until the latter get to their anti-socially distanced tables, where they will be allowed to take them off.