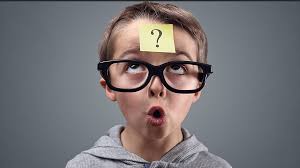 As in "no one could have known" that by shutting down life as we know it to focus obsessively on a virus mostly affecting what is still a relatively small number of people at the end of their lives (yes, oh squeamish ones we must summon the courage to talk about Quality Adjusted Life Years when making public policy) we probably would:

1. Cause economic devastation and hence excess deaths, suicides, divorces depressions in much larger numbers than those killed by the virus.

2. Provide an already monopolistic and predatory online retailing establishment with competitive advantages in terms of capital reserves and market share that will make it virtually impossible at any time in the near or medium future for the country's and the world's small and even medium-sized businesses to ever catch up to them. And that this will plunge huge sectors of the world-wide economy into serf-like ruin, with all that this portends in terms of additional death and human suffering.

3. Cause greatly increased misery and countless additional deaths in the so-called Global South where many people, rightly or wrongly, depend on the consumption patterns of us relatively fortunate sit-at-homers to make it through the week.

4. Destroy much of what was attractive about urban life as we know it and lead to a real estate collapse of extraordinary proportions, turning even our few remaining showplace cities into crime-ridden reserves of ever more desperate people.

Why the Baby-Formula Market Is a Mess: Low Competition, High Regulation