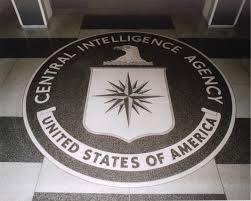 No one knows who did the poisoning but Times has strong suspicions:

A hit on so prominent a figure, with the inevitable eruption of global and domestic fury, would presumably require sanction from the highest echelons of power…. Mr. Putin has certainly shown no qualms about striking at foes at home and abroad. But it is equally possible that some other shadowy figure in the Russian kleptocracy decided to silence him. Ramzan Kadyrov, the strongman of the Chechen Republic within Russia, for one, is believed to be responsible for several assassinations, most likely without approval from the Kremlin…. Given the murky politics of the Kremlin, it may indeed be that Mr. Putin and his lieutenants did not order the hit on Mr. Navalny, who stands to become a bigger problem as a martyr than he was as a gadfly. But, as the Russian expression goes, "You cooked the kasha, you eat it."

Unfortunately, however, the Times fails to address a major issue involved here: The power of a national-security state to engage in assassination at all.