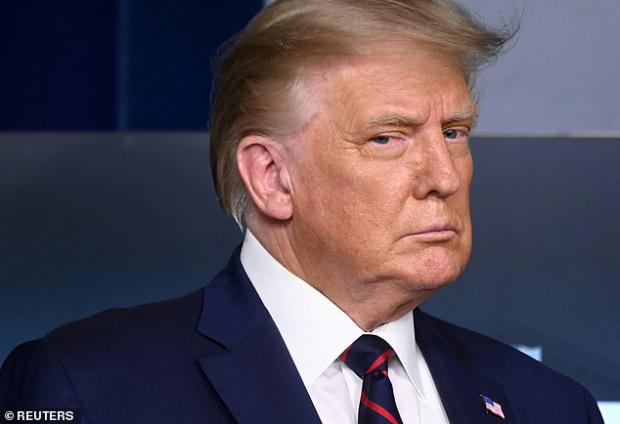 Former Arizona senator Jeff Flake is leading dozens of 'Republicans against Trump' on the first day of the National Convention in Charlotte.

Flake is among a number of well-known conservative Trump critics to throw their support behind Joe Biden, including Sens. Gordon Humphrey of New Hampshire (now an independent) and John Warner of Virginia.

Last year, Flake wrote a withering indictment of the president in an op-ed which urged fellow Republicans to 'save their souls' and vote for impeachment.

He had, until now, stopped short of endorsing Biden and is expected to make a speech later today on behalf of the 'Republicans for Biden' group.

Fox News reported that he is joined by a raft of former lawmakers, including: