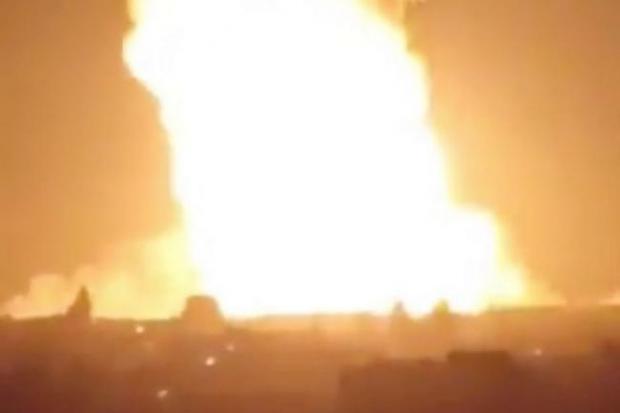 "Assessments show that the explosion ... was the result of a terrorist attack," Syrian Arab News Agency (SANA) quoted Minister of Petroleum and Mineral Resources Ali Ghanem as saying. There were no further details of how terrorists managed to blow up the 36-inch pipeline.

According to the US envoy for Syrian affairs James Jeffrey, the explosion was likely an attack by the Islamic State: "We are still looking into that. But it was almost certainly a strike by ISIS," Jeffrey said, as cited by Reuters.

Ghanem said electricity was gradually being restored to the country's provinces, and some power returned to Damascus.

The location of the damaged pipeline was between the suburbs of Al-Dhumayr and Adra, and caused a rapid decline in gas supply to the country's top power stations, triggering a nationwide blackout.

Even though the fire was extinguished, blackouts were still seen in the capital, with some power late Monday restored to hospitals and government buildings in Damascus.