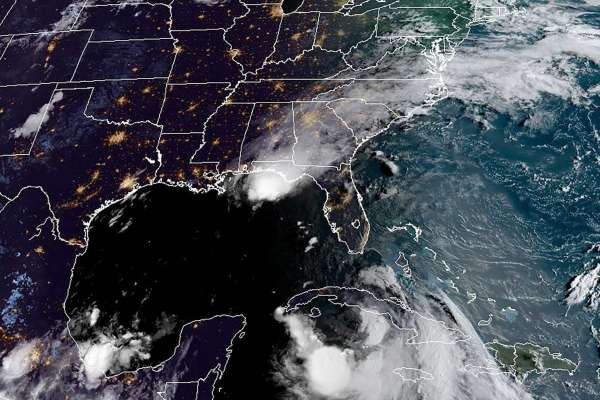 The National Hurricane Center forecast that storm surge could send up to 13 feet (4 meters) of flood water as much as 30 miles (48 km) inland along the coast near the Texas and Louisiana border.

Crude oil production in the Gulf of Mexico has been paralyzed as companies batten down operations. Output cuts are nearing 90%, a level not seen since Hurricane Katrina in 2005.

Lina Hidalgo, the top executive for Harris County, which encompasses Houston, warned of deadly winds and a destructive storm surge after Laura makes landfall late Wednesday or early Thursday. She said that put millions of lives at risk as Laura moved westward and took aim at the fourth-biggest city in the United States.

"This storm certainly can cause unprecedented devastation," Hidalgo said at a news conference. "We truly have to say: Prepare for the worst."

The hurricane was packing winds of 80 miles per hour (130 kilometers per hour) as it moved across the Gulf of Mexico, qualifying it as a Category 1 hurricane on the five-step Saffir-Simpson scale for measuring hurricane intensity.

Laura was forecast to become a "major" hurricane of Category 3 or higher by Wednesday night as it approaches the U.S. coast, according to the NHC.

The storm was located about 480 miles (770 km) southeast of Lake Charles, Louisiana, on Tuesday afternoon and moving to the west-northwest at 17 mph (28 kph), the NHC said.