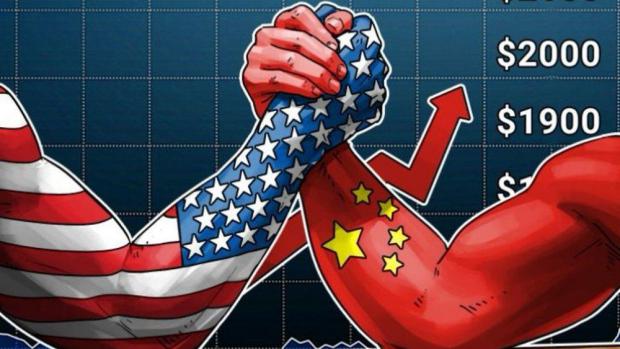 Authored by Michael Every via Rabobank,

Many years ago there was an episode of The Simpsons where Homer decides to roast an entire suckling pig, apple in mouth and all. He even invites over the neighbours to enjoy his culinary triumph, the "Pig de resistance".

"A toast to the host who can boast the most roast!" says Ned Flanders. This all infuriates his vegetarian daughter, Lisa, who takes the lawnmower and pushes the entire pig, which is on trolley, out of the garden, up a steep hill,…and then let's gravity go to work. The pig rolls down the hill and crashes at speed through a hedge.

"It's just a little slimy. It's still good! It's still good!" cries Homer from the bridge. Then the pig gets sucked into a drainage hole in a dam, pressure builds up behind it, and it goes flying through the air like a missile on the other side.

In the top-floor office of the Springfield nuclear power plant, Mr Burns looks out at the vista and says: "You know Smithers, I think I will donate one million dollars to the local orphanage….when pigs fly." Both cackle. Then the suckling pig flies past the two stunned men.

"Will you be donating that million dollars now, Sir?" asks Smithers.

"No, I'd still rather not," replies Burns.