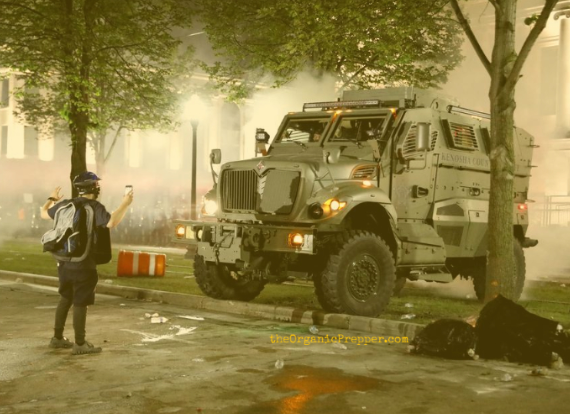 I was finishing up the next two articles in the Survival Strategies series, when the world, particularly the US, started going even more nuts than it has been.

Yet another shooting and more misinformation and the ensuing riots that seem to accompany everything these days. I wrote a little bit about this on my Facebook page, but I want to expand on it.

We are at a crossroads right now that many have never seen in our country.

If you have missed the current goings-on from the last few days, here it is in a nutshell.

In Kenosha, WI, there was an OIS involving a young black man. Initial reports painting him as innocent, unarmed, and executed turned out to be wrong. As we have seen, that is all it takes in the current US climate to create a firestorm. "Protests" started, this time obviously as a pretense, as the violence soon took over. An entire car lot torched, several churches, and many businesses. An important part, which will become material later, is that many minority-owned businesses were destroyed.

The violence went on for two days/nights. Last night, the third night, was a turning point. Citizens showed up with rifles. The first reports are three shot, two dead.

RELATED: Battle Zones Are Erupting All Over America

Why I say this is a turning point, you might ask?

Simple, this is now an escalation that can lead to outright, open, armed conflict between groups. It doesn't matter whether or not you believe one side or the other or think the defenders were white supremacists. This is and always has been an indicator of crossing the Rubicon. Once we pass this point, it is a different game.

Now is the time to tighten everything up that you have been working on with your preps.

Do you have your food, water, meds, etc.?

Where are you a little light? Can you fix that fast, or do you need alternate planning and supply?

Do you have a network established for mutual support, defense, and, once again, supply?

Do you have barter goods?

Do you have medical supplies, weapons, a plan for different events that might happen?