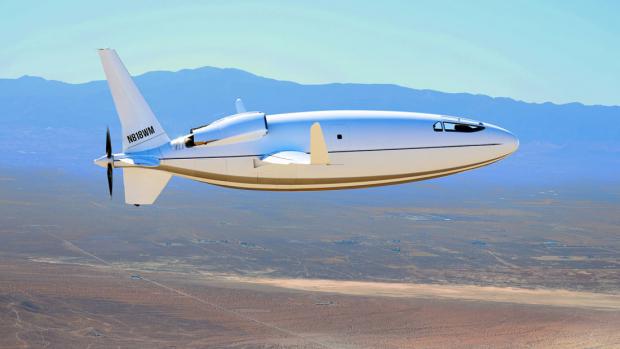 A mysterious bullet-shaped plane was spotted at the Southern California Logistics Airport near Victorville in April 2017. Its unusual design prompted immediate speculation, with military website The War Zone being the first to report that the aircraft was the work of California-based Otto Aviation -- and that development was very much under wraps.

Someone looking for an ID of an unusual looking aircraft spotted at the Southern California Logistics Airport. https://t.co/83J7RqOpvy pic.twitter.com/eAPrXNwIEf

Now, in the late summer of the strangest year in aviation history, the Celera 500L has finally been revealed to the world, with the launch of a new website and a bunch of very cool new photos.

What we're looking at is a six-person private craft that promises to fly at jet speeds, but with eight times lower fuel consumption, and a range that's twice that of a comparably sized craft.

Bold claims indeed. Otto Aviation says on its website that 31 successful test flights have so far been performed, with aerodynamic efficiency proven in 2019, bolstering its declaration that "the Celera 500L is the most fuel-efficient, commercially viable aircraft in existence."

The company, founded in 2008 and an offshoot of Bill Otto's Otto Laboratories, says that the Celera 500L runs at 18 to 25 miles-per-gallon fuel economy (compared to the 2-3 miles-per-gallon of a comparable jet aircraft).