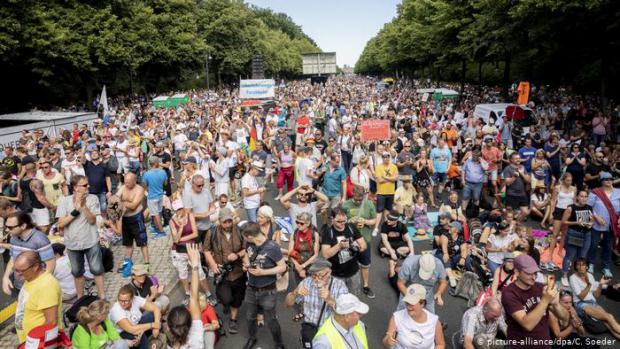 Police imposed mandatory mask-wearing and social distancing - and by midday ordered demonstrators to disperse for flouting the order.

The rally was mostly peaceful, but police later made "numerous arrests".

City authorities had tried to stop the march from going ahead, fearing safety measures would be ignored, but a court overturned the ban.

Although Germany has so far not seen the wave of cases affecting some parts of Europe, its infection rate has been growing. New case numbers are reaching highs last seen in April.

What is happening now?

Police issued their order to disperse after participants refused to keep a safe distance from each other, the authorities said.

"Unfortunately, we have no other option," Berlin police said on Twitter. "All the measures taken so far have not led to compliance with the conditions."

Protesters were closely packed in places, and sat together on the ground at one point.

Police said protesters dispersed largely peacefully although there were some pockets of unrest, with officers using pepper spray. 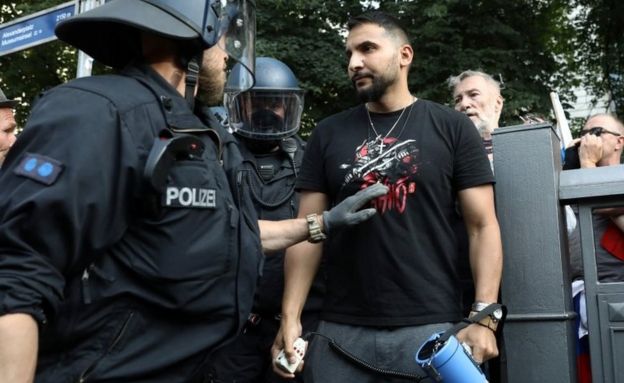