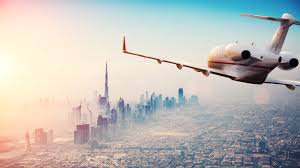 Elon Musk, a name that is synonymous with EV manufacturer Tesla, hinted on Monday that the company might just be able to mass-produce EV batteries that have 50% more energy density within three to four years.

And although Musk's track record for bold statements has been suspect, with some proclamations bearing fruit and others fizzling, the market is all abuzz.

The battery, Musk suggests, might be used to power an electric airplane.

"Probably 3 to 4 years," Musk tweeted on Monday, in response to someone asking why Musk keeps dropping hints about an electric jet.

"400 Wh/kg *with*high cycle life, produced in volume (not just in a lab) is not far," Musk said on Twitter.

The news comes just a few days before Tesla is due for a 5-to-1 stock split, and on the same day that Tesla announced it was starting operating the world's largest casting machine at its Fremont factory.