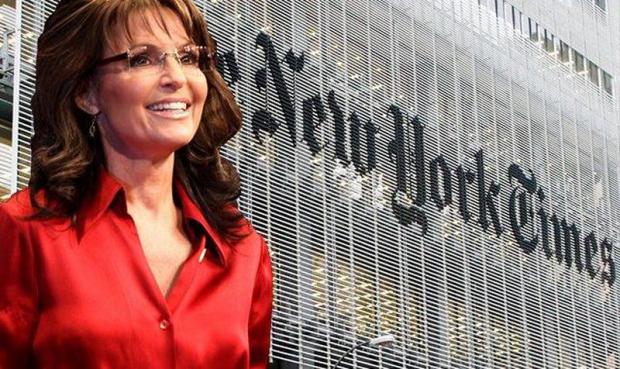 Indeed, the former Alaskan governor and vice presidential candidate just might be making new law in the area of defamation. Palin's won a major victory in a decision by Judge Jed S. Rakoff, who ruled that she could go to trial o a particularly outrageous editorial by The New York Times In June 2017.  The editorial suggested that she inspired or incited Jared Loughner's 2011 shooting of then-U.S. Rep. Gabrielle Giffords, D-Ariz.

The case also involves a curious twist due to the involvement of James Bennet, who resigned in the recent controversy over an editorial by Sen. Tom Cotton.  I supported Bennet's decision to publish that editorial and denounced the cringing apology of the Times after a backlash.

This ruling comes after Nick Sandmann was able to survive motions to dismiss in his own defamation lawsuits and settled with various news organizations like the Washington Post over false reports of his confrontation with a Native American activist in front of the Lincoln Memorial.

These actions are likely to increase as media plunges headlong into "echo journalism" where stories are framed to reaffirm the bias and expectations of their readers.

The ruling concerns an editorial by the New York Times where it sought to paint Palin and other Republicans as inciting the earlier shooting.

The editorial was on the shooting of GOP Rep. Steve Scalise and other members of Congress by James T. Hodgkinson, of Illinois, 66, a liberal activist and Sanders supporter.

The attack did not fit with a common narrative in the media on right-wing violence and the Times awkwardly sought to shift the focus back on conservatives.