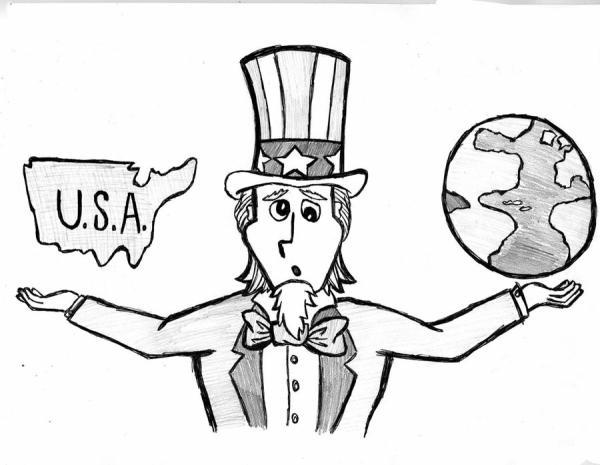 Of course, Donald J. Trump offered such a dramatic shift in priorities four years ago, but he has been unable to deliver due to his own inability to execute and the ill-conceived machinations of those whom he has chosen as advisers. The Democrats for their part are offering little beyond a repeat of their 2016 pander to grievance groups in an effort to cobble together an unassailable majority based on buying off the party's various constituencies.

But there is one area where change could come dramatically if either party were actually motivated to do something that would truly benefit the American people, and that is in the area of foreign and national security policy where the president has considerable power to set priorities and redirect both the State and Defense Departments. Unfortunately, foreign and national security policy is almost never discussed during the presidential campaigns and this time would already appear to be no exception. That means that the one thing that is a constant amidst all the smoke and mirrors is the continued bellicosity of both parties on the world stage.

The Republicans are apparently eager to "democratize" Latin America while the Democrats in particular are wedded to the "foreign interference" angle to explain their loss in 2016, with Hillary Clinton predictably advising in her Democratic National Convention speech that the public should "Vote to make sure we — not a foreign adversary — choose our president." Indeed, the tendency to create and then demonize "foreign conspiracies" is generally supported by the establishment and its parasitical media, since it enables the billionaire oligarchs who really run the country to grow fatter while also avoiding any blame for the declining fortunes of most of the American people.