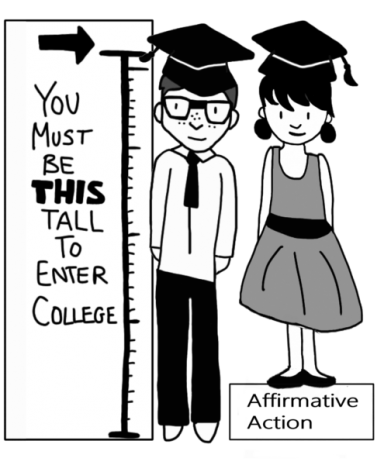 Understood, there are always factions forming that promote their causes, but they do not win goodies for themselves unless certain factors are operating on their side. In this case, a whole bunch of American institutions rapidly knuckled under. Even if there is only feigned acceptance of what the BLM activists are selling, nonetheless, all sorts of people and organizations have been kissing ass. Suddenly, businesses and universities are promoting workshops and diversity training. All sorts of ridiculous social behavior are being promoted, and if you do not accept it as an employee or a student, you are asking for trouble.

Not for a moment can one say that all these institutional players have suddenly seen the light and decided to go on a search and destroy mission against the fake enemy known as systemic racism. They have surrendered without a fight for a very good reason, which is that the loud activist minority has a big stick to whip them with. That stick is a legal system and a set of laws that fully support affirmative action in all its forms, manifestations and extensions. The identity minorities can make a lot of legal trouble. They can make boycotts. They can loudly make bad publicity with accusations. They can picket. They can smash windows. The trouble they make would be nothing, absolutely nothing, if they didn't have legal recourse as a threat. But they do possess this threat. The threat is the Affirmative Action complex, and they can play off this with other threats arising from labor laws. Lawsuits are only the beginning of the troubles that a minority can stir up against institutions, once they have the law on their side. And they do. The negative results of Affirmative Action are broad and ongoing. They are still developing as time passes and as minority groups discover how far they can stretch the law to cover new cases and situations.

Factions do not act out of Christian charity or morality. They take as much as they can possibly get. The law in a society like ours with many factions held in check must not enhance the power of any given faction without endangering the stability of the entire society, and that is what is happening.