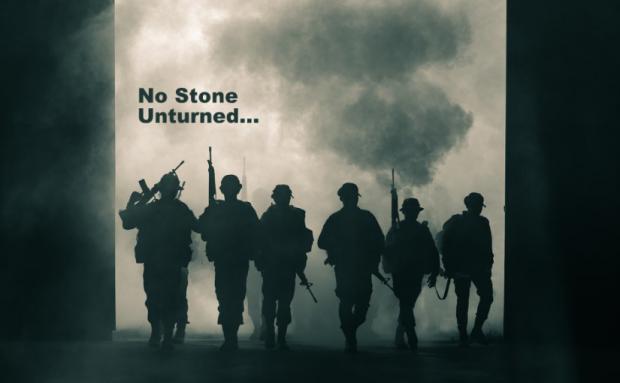 A lot of people come out of the woodwork, wanting to congratulate you, and to your complete surprise, many have been your long-time heroes.

But there's another group who introduces themselves, the super-predators, the alphas, the warriors, the winter soldiers, the sharks, who come up to you and say, "You know, Kent, I have a very special set of skills.  And you're probably going to need me at some point in the near future.  Don't hesitate to call.  We get shit done."

That's the background to me receiving this email…

…from a reader who tried to order our new book, THE CASE AGAINST MASKS from Barnes & Noble.

"I actually made a phone call to the local Barnes & Nobles to order the book which is found at their web site.

I wanted to order the book to ship to the same STORE for pickup, INSTEAD of shipping direct to my home (which is boring in my opinion).

I was advised they could not locate the book by looking up the title and authors. It's not in the database. Then they asked me to provide ISBN number and they found the book as listed, but then advised me they CANNOT order the book to ship to the store (any store). They advised that if it were to be ordered to ship to the store for pickup, the order WILL BE cancelled.

I advise the authors to investigate by following the similar steps as mine to document the censorship and suppression tactics by the upper management of Barnes & Nobles which operates on liberal ideology that censors the free flow of information by DENYING the order for pickup unless shipped direct to the home.

I have ordered books to be shipped to the same store in the past, but never this ridiculous blockage as suppressive tactic.

I wanted to buy the book at pickup for my sister as a belated birthday gift (a few months after her b-day on May 25). She is a protestor of face mask mandate and refuses to wear face covering anywhere. Provo Utah city council just overrode the mayor's veto to force the face mask mandate until November 15 unless extended. Provo City council face mask mandate as ordinance led by BYU professor of humanities George Handley (leftist)."