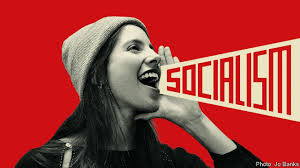 But after nearly nine decades this model faces collapse, much like the Soviet collapse after sixty-seven years. This article explores the modern socialist model, updates the economic calculation problem identified by von Mises in 1920 and explains why it still fails in today's socialism. And finally we predict the consequences for governments and their state-issued currencies.

It is presidential election year in the United States. The choice is between the Republican's or the Democrat's socialism, the former being a milder version of the latter. A further difference is President Trump's administration increasingly pays the government's bills by socialising money, while great-uncle Joe wants to tax the rich even more (which in practice means not the rich but the middle and lower classes) as well as defoliating  the magic money tree.

In Britain, those of us who rejoiced at a free marketeer becoming Prime Minister with a strong electoral mandate have experienced a greater clampdown on personal freedom than imposed by any British government since post-war rationing. Admittedly, Covid-19 and its lockdowns were not foreseen, but will the British ever regain any of their hitherto restricted freedoms? And those of us with long memories are reflecting that the imposition of taxes — the socialising of our earnings — under the Conservatives is almost always more onerous than under Labour. It was not meant to be like that.