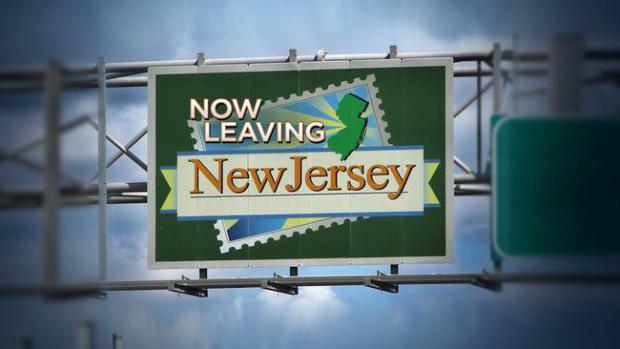 -that New Jersey is now actively trying to drive out its tax-paying population and top businesses with a series of draconian measures to balance its deeply underwater budget, instead of slashing spending.

The state-imposed limitations on commerce, mobility and socialization due to the covid pandemic have also not helped. And in case it is still unclear, the trend of New Jersey's ultra wealthy residents fleeing for more hospitable tax domiciles which started with David Tepper years ago, is now spreading to members of the middle class.

According to the latest data from United Van Lines and compiled by Bloomberg, people have been flooding into Vermont, Idaho, Oregon and South Carolina, eager to flee such financially-challenged, high-tax, protest-swept, Democrat-controlled states as Connecticut, Illinois and New York. But no other state has seen a greater exodus than New Jersey, where out of every 10 moves, 7 have been households leaving the state, or nearly three times as many moved out than moved in.