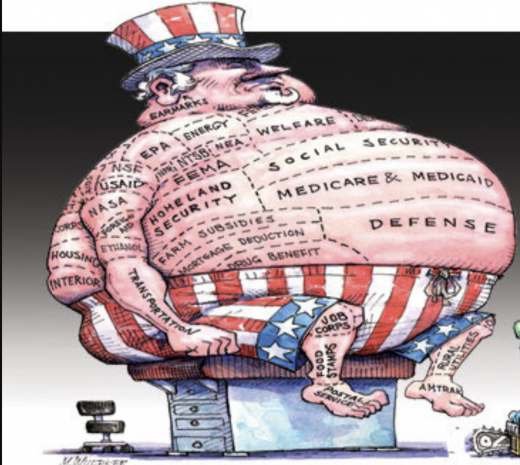 Have you noticed that the government's answer to every problem is more government—at taxpayer expense—and less individual liberty?

The Great Depression. The World Wars. The 9/11 terror attacks. The COVID-19 pandemic.

Every crisis—manufactured or otherwise—since the nation's early beginnings has become a make-work opportunity for the government to expand its reach and its power at taxpayer expense while limiting our freedoms at every turn.

Indeed, the history of the United States is a testament to the old adage that liberty decreases as government (and government bureaucracy) grows. To put it another way, as government expands, liberty contracts.

To the police state, this COVID-19 pandemic has been a huge boon, like winning the biggest jackpot in the lottery. Certainly, it will prove to be a windfall for those who profit from government expenditures and expansions.

Given the rate at which the government has been devising new ways to spend our money and establish itself as the "solution" to all of our worldly problems, this current crisis will most likely end up ushering in the largest expansion of government power since the 9/11 terrorist attacks.

This is how the emergency state operates, after all.

From 9/11 to COVID-19, "we the people" have acted the part of the helpless, gullible victims desperately in need of the government to save us from whatever danger threatens. In turn, the government has been all too accommodating and eager while also expanding its power and authority in the so-called name of national security.

As chief correspondent Dan Balz asks for The Washington Post, "Government is everywhere now. Where does it go next?"

When it comes to the power players that call the shots, there is no end to their voracious appetite for more: more money, more power, more control.