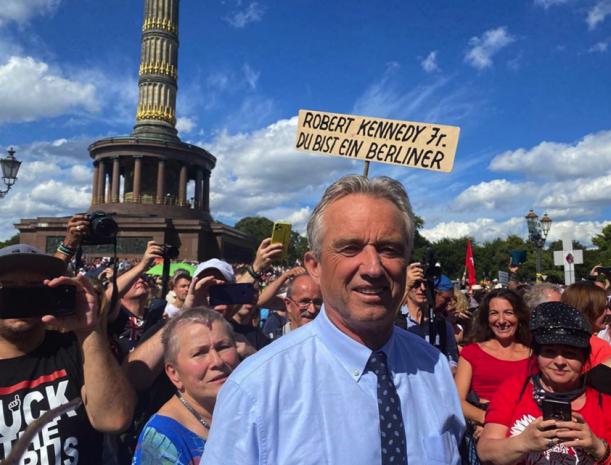 What Happened: Children's Health Defense Director and renowned lawyer Robert F. Kennedy Jr. recently spoke to a very large crowd in Berlin, Germany in what was a gathering of of tens of thousands of people who came together to create awareness and protest against what Kennedy referred to as Bill Gates' "bio-security agenda, the rise of the authoritarian surveillance state and the Big Pharma sponsored coup d'etat against liberal democracy."  According to Kennedy, and many others around the globe, "the pandemic is a crisis of convenience for the elite who are dictating these policies…Fifty years ago, my uncle John F. Kennedy came to this city. He came to this land, because Berlin was the frontline against global totalitarianism. And today again, Berlin is the frontline against global totalitarianism." We also published an article written by Kennedy a couple of years ago that also provides more about Gates' relationship with big pharma.

It's hard to really know how many people showed up, but judging by the pictures it seems like a lot were in attendance. Mainstream media completely ignored the gathering. According to Kennedy, "This was one of 40 sites scattered around Berlin where where some 1.5 million people gathered around separate stages to evade police harassment and peacefully protest the alarming global rise of Medical & Digital Totalitarianism."

If mainstream media covered a gathering of one thousand, they could make it a big spectacle and make it seem as the "majority" feel a certain way. When they don't cover something that threatens their and their partners interests, which in this case is big pharma, they can make it seem like it never happened, no matter how big the gathering is. Mainstream media can make it seem as if the majority is the minority, and the minority is the majority.