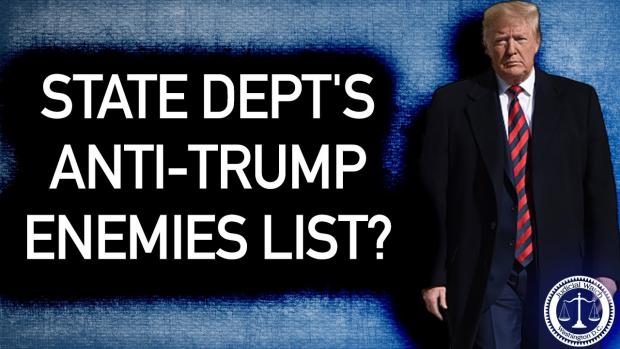 The surveillance operation, which began in March 2019, was run out of the US Embassy in Kiev while under the command of then-Ambassador (and impeachment witness) Marie Yovanovitch, after journalist John Solomon began publishing stories about the embassy's activities at The Hill and on Fox News, according to Solomon.

When the embassy sought help from the State Department in Washington to use a contractor called Crowd Tangle to continue the social media monitoring, it was advised the activities were "barred by federal law," an official familiar with the documents told Just the News. The embassy ceased the activities and asked for training about the issue, the official said.

While the released documents will have some information redacted, they will identify the 13 Americans whose accounts were targeted and confirm that some officials were aware of the monitoring, the officials said.