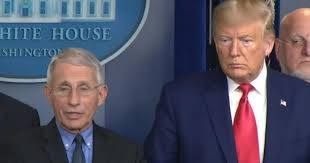 Yet while Fauci's ("don't wear a mask... ok fine, wear a mask") opinion is easy to dismiss, that of Jim Reid, who repeatedly has warned that the consequences from the economic shutdowns will be far more dire and pervasive across all social groups than the impact of covid itself (which targets the most elderly and frail segment of society), is far more relevant, who today warned that the coming flu season could unleash a new wave of chaos on the global economy (not just US) as the population freaks out mistaking ordinary flu symptoms for those of the coronavirus, potentially resulting in overflow of local hospitals.

According to Reid, "as we move into the colder months in the northern hemisphere (where 90% of the global population reside), attention will shift towards a second covid wave."

As his first graph shows (using the 20 countries with the most cases), the second wave (or extended first wave) is already here for many: "we've sorted the legend on the chart by current 7-day moving average (highest to lowest). While the increase in testing will have helped encourage some of this growth, there is little doubt that countries like Spain (114 per 100,000 – 7-day MA) and France (52) have seen their numbers deteriorate in the last month while others like the US (90) have seen notable improvements."