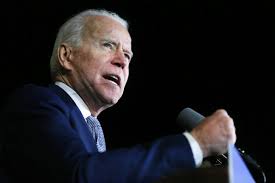 Now, most Americans will dismiss such calls as nothing more than empty rhetoric being shouted by a small minority of people, and in a country of 330 million, it's not something to worry about.

After all, Leftists were shouting 'Revolution!' in the streets in the 1960s too, and nothing changed; we still have the same form of government our founders bequeathed us.

Well, there are some distinct differences between the 1960s mayhem and what's going on today: The chaos is the result of the same Marxist/Leninist anarchist political ideology of 50 years ago, but back then the Democratic Party, while more liberal than the Republican Party, at least favored policies like:

— Law and order (Richard Nixon won on this platform by a landslide in 1968);

Today's Democratic Party, however, does not embrace any of those principles. Because it's not the Kennedys' party any longer, it's Alexandria Ocasio-Cortez's party, which means the violence we are seeing is only going to get worse because what she wants is the same thing the radical Leftists who comprise the lawless base of Antifa and Black Lives Matter want.