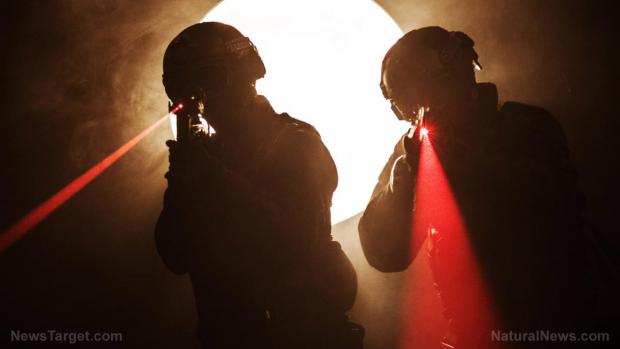 (Natural News) It may sound like something you only see in science fiction, but experts say we may be just a few years away from "talking lasers" that have the power to beam messages right into our heads.

A military initiative known as the Joint Non-Lethal Weapons Directorate is working on laser weapons that are capable of transmitting clear snippets of speech across great distances. The program develops ways to stun, deter and otherwise stop adversaries without killing them.

One weapon they are working on uses a "laser-induced plasma effect," which sees a high-powered laser being fired to create a ball of plasma. A second laser is then shot to oscillate this plasma, which has the effect of creating sound waves. When enough of these bursts are fired from the laser at the right frequencies, the vibrations of the plasma will sound just like human speech. This technology could be used by military personnel to target specific people with warnings or messages without putting themselves at risk.

The Military Times reports that a military-ready version of this weapon could be ready for use in five years. Although it can pass through glass into buildings, it cannot yet penetrate other types of solid barriers. The technology would therefore be best used for protecting static areas like permanent installations and forward bases, experts say. However, with the right power source, it could be mounted to a small vehicle to serve as mobile crowd control to keep individuals away from convoys.

These lasers and plasma balls could be used to keep perimeters secure instead of sending troops out there in person to tell people they need to move. It can give voice commands such as, "Stop, or we'll be forced to fire upon you."

Pentagon scientists are hoping to create a version of the laser that is capable of beaming clear messages hundreds of miles away. With such a laser, orders could even be sent down from an aircraft.