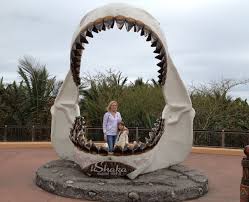 The Megalodon went extinct around three million years ago, and nowadays almost all we have to show for it is, ominously, a pile of gigantic teeth. That's because it, like modern sharks, would have had a skeleton mostly made of cartilage, which doesn't fossilize well.

That lack of records means it's hard to measure just how massive the Megalodon was. Past studies have extrapolated its size based on the proportions of its teeth, using the great white shark as a guide. From this, it was estimated to be between 15 and 18 m (49 and 59 ft) long.

The problem is, the great white shark isn't the closest living relative of the Megalodon. So for the new study, scientists from the Universities of Bristol and Swansea compared it to five living relatives – the great white, the shortfin and longfin mako sharks, the porbeagle and the salmon shark.

The team found that the babies of all these species didn't change proportions as they grew. That suggested that the Megalodon didn't either, which makes it easier to extrapolate its size.