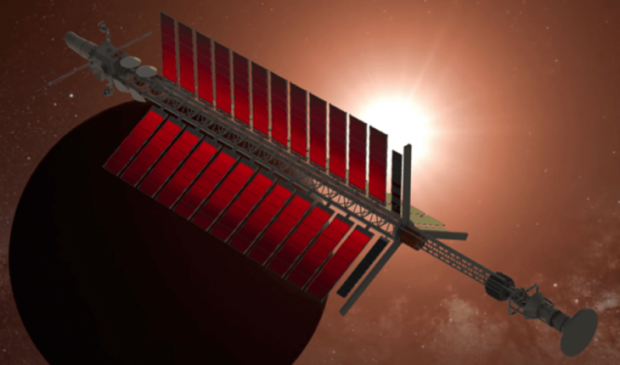 In 2017-2018, there was belief that significant propulsion effects were realized. The actual experiments were at 1-5 micronewtons but there was hope of scaling it with increased power to 60 millinewtons with a kilowatt system. However, errors were found.

Woodward has built a new kind of mount that positions the piezoelectric disk stack in the center of two rods riding on ball bushings. The new thruster mount does not damp the harmonized vibrations that are key to propulsive force in these devices.

The MEGA drive has been propulsive force measured at more than 100-micronewtons instead of the 1 to 5-micronewton range. The MEGA thruster can now be seen moving by about half a millimeter.

The effect can only be seen for a few seconds. The resonant frequency constantly changes as the device heats up and varies with the experimental setup. Chip Akins, an engineer, is building a custom amplifier that will track the resonant frequency as it changes. If this chip works as intended then the MEGA drive will produce a sustained thrust.

Mike McDonald, an aerospace engineer at the Naval Research Laboratory in Maryland, will independently test the system. Testing will likely begin in 2021 after the pandemic. If all goes well a small device could be taken into space late in 2021 or in 2022.