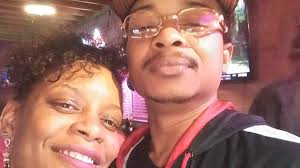 The dramatic confrontation was unceremoniously punctuated, however, by the gun's magazine dropping out of the weapon and clattering to the floor. Blake was ordered out of the establishment, but as he was leaving, he pointed the gun through the window at other patrons. As could be expected, someone called the police.

When the police managed to corral Blake after a "high risk traffic stop," he exited the vehicle and began walking toward them, ignoring their commands to get down on the ground. They ended up having to turn a K9 loose on him to finally get him under control. The charges he racked up for his misadventures included one felony count of resisting arrest causing a soft tissue injury to a police officer, and one misdemeanor count each of carrying a concealed weapon, carrying a firearm while intoxicated, endangering safety—use of a dangerous weapon, and disorderly conduct. For whatever reason, the charges were never pursued, and Blake ended up getting off scot-free.