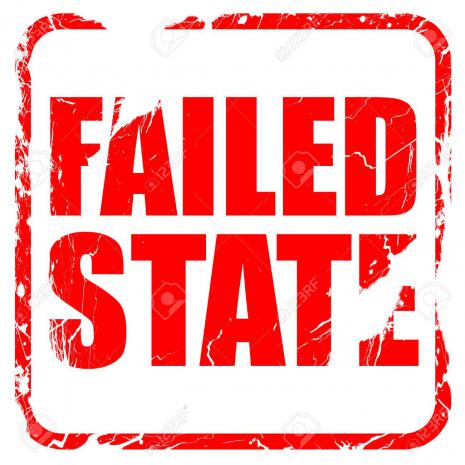 It's a recent development that is a hallmark of our age – like a state, but incapable of exercising sovereignty over all of its nominal territory. And while it might sound a little far-fetched, the failed state isn't just coming to the West. It might already be here.

What Is a Failed State?
A failed state is a state no longer exercising effective control over the whole of its nominal territory. This can take a number of forms in practice, such as:

A de facto separatist nation or nations existing within the boundaries of their de jure territory, competing for the monopoly on legitimate use of physical force.
Failure of the legitimate authority of the nation to make practical, collective decisions.
Inability to adequately provide basic social services such as policing, firefighting or emergency medical services to some or all of its territory.
Inability to connect with other states through diplomatic channels; a lack of participation in the international community.
A central government incapable of collecting enough tax revenue to operate effectively.
One or several of these factors can be present in a failed state. Once a state is "failed," this often means widespread crime, corruption and outsized influence by non-state actors.

Who Decides If a State Is "Failed?"
You and anyone else can have an opinion on whether or not a state is failed. Politicians have less leeway, as calling a state "failed" can result in serious geopolitical consequences. As a result, most politicians would be hesitant to describe any state as "failed."