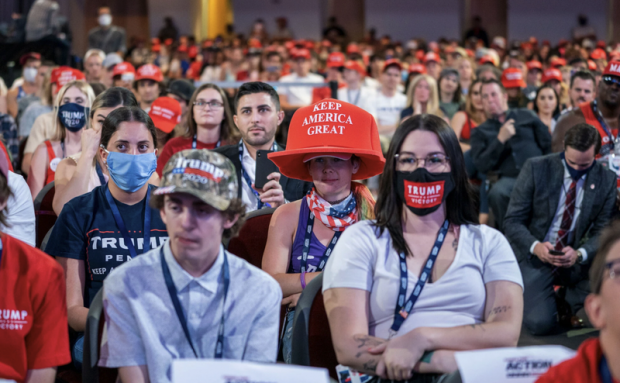 To mark the passing of the Labor Day holiday and the arrival of presidential campaign mania, the mainstream press is trying to paint a picture of a Trump re-election campaign in disarry. Late last week, and over the long weekend, the dominant story was a set of polls that were overwhelmingly spun as a positive for Biden, though Trump saw gains in Texas and several swing states.

But as we learned in 2016, the polls aren't always accurate.

Last night, the NYT published a length piece reporting on the Trump campaign's lavish spending, which has coincided with a massive surge in late-stage fundraising for Joe Biden. The former Veep raised a record $364.5 million in August. While Trump beat out Biden as recently as July, most believe Trump's numbers likely won't top Biden's for August.

To be sure, Trump is also seeing a slowdown in cash flow as donors like Sheldon Adelson, upset over Trump's aggressive China policy, which he says has cost him millions, decide to sit out the rest of the race, Trump is reportedly contemplating something he probably once hoped he wouldn't need to even consider: Injecting another massive slug of his personal fortune into the race.