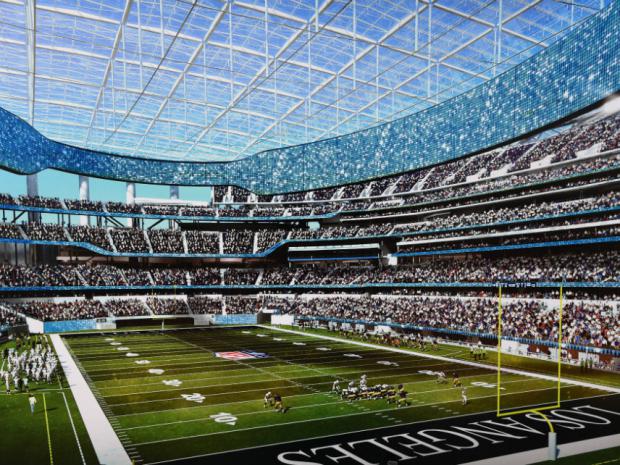 After playing the past four seasons in the Coliseum, the National Football League's oldest stadium, they'll now be playing in the NFL's newest: a $5 billion state-of-the-art indoor-outdoor stadium. But when they take the field against the Dallas Cowboys on Sunday, they'll do it without fans.

"I don't think when we sat at the drawing board five years ago, we ever conceived that we would open up without fans, but I don't think there's anything about 2020 that any of us ever could have conceived," Kevin Demoff, the Los Angeles Rams COO, told CNBC.

Located in Inglewood, California, SoFi Stadium is spread out over nearly 300 acres of land, or three times the size of Disneyland. The venue will host both the Rams and the Chargers as well as various entertainment events, such as a Taylor Swift show that was scheduled for July 25 before it was canceled due to Covid-19. The stadium has already secured Super Bowl LVI in 2022, the college football national championship game in 2023 and the opening ceremonies of the 2028 Olympic Games.

SoFi Stadium holds several new titles: It's the largest NFL stadium at 3.1 million square feet, the first indoor-outdoor stadium to be constructed and has the biggest video screen in the league.

"Wow, it is amazing! It is beautiful," he said in response to the 4K, 120-yard-long video board that surrounds the stadium.

May they be so work they go broke.