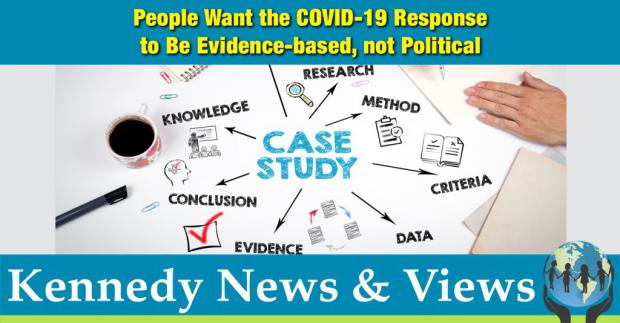 By the Children's Health Defense Team

To date, the FDA has only approved a single therapeutic (Remdesivir) specifically for Covid-19—and that drug is, according to many, of questionable benefit. In situations where approved therapeutic options are lacking, health care providers typically draw on their knowledge of comparable ailments, their problem-solving skills and their prior experience using solidly vetted therapies and approaches from the medical toolkit. In fact, the FDA encourages them to do so, suggesting that health care providers engage in off-label prescribing (the prescription of a drug for a non-FDA-approved use) "when they judge that it is medically appropriate for their patient." In the U.S., an estimated 12% to 38% of doctors' prescriptions are for off-label uses. Although this practice has the potential for abuse, the president of the American College of Physicians says, "Just because something is an off-label use doesn't mean it doesn't work. And it doesn't mean it's inappropriate."

The issue of off-label prescribing has come up repeatedly for Covid-19 and was touched on indirectly in a mid-August interview between movie actor Matthew McConaughey and Anthony Fauci, who came together on social media in what one news report characterized as a warm and fuzzy "happy hour celebration of science, certainty and teamwork." McConaughey asked for Fauci's opinion about two remedies reported as helpful for some Covid-19 patients: zinc supplements and budesonide, an inhaled steroid that some physicians have prescribed to help distressed Covid-19 patients breathe. Fauci was instantly negative about both, stating that many things "work in the test tube but don't work in the body" and suggesting that, at best, the two remedies might occasionally be associated with a placebo effect.

… concluded that systemic corticosteroids such as dexamethasone reduce the risk of death in critically ill Covid-19 patients by 20%.

Fauci's dismissive comments were somewhat surprising, given that the doctor's agency, the National Institutes of Health (NIH), currently lists 26 studies involving zinc and 7 studies involving budesonide in its clinical trials database. Patented in 1973, budesonide was commercialized for asthma in the early 1980s and has been used uncontroversially and worldwide ever since. The World Health Organization (WHO) includes budesonide on its List of Essential Medicines.

Five countries are dedicating time and resources to the study of budesonide for Covid-19. These include France (with two trials), the UK, Spain, Iran and the U.S. itself, including one study in which the NIH is a partner. As Dr. Fauci likely also knows, over two dozen Covid-19 clinical trials have been completed or are underway focusing on another inexpensive steroid called dexamethasone.

On September 2, news outlets around the world shared the dramatic results of a meta-analysis of seven clinical trials, carried out by a WHO working group and published in the Journal of the American Medical Association (JAMA), which concluded that systemic corticosteroids such as dexamethasone reduce the risk of death in critically ill Covid-19 patients by 20%. A British researcher involved in the meta-analysis noted that the results were remarkably consistent across the seven countries (one being the U.S.), "showing the drugs were beneficial in the sickest patients regardless of age or sex or how long patients had been ill." Another researcher stated, "These results are clear, and instantly usable in clinical practice." The WHO has updated its treatment guidance accordingly.