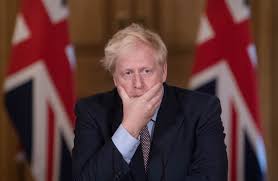 The entire population of the UK could be tested in a week under Downing Street's ambitious Operation Moonshot programme.

Boris Johnson vowed to roll out new tests which can deliver results in just 15 minutes.

He said a negative result would give Brits a "freedom pass" — allowing people to mingle like they did before Covid.

But this morning Transport Secretary Grant Shapps admitted that the new tech wasn't ready yet.

He told Sky News this morning: "This is technology that, to be perfectly blunt, requires further development - there isn't a certified test in the world that does this but there are people that are working on prototypes."

He added: "We know this isn't simple to achieve, but we hope it will be possible through technology and new tests to have a test which works by not having to return the sample to a lab."

And after that ministers want to roll out mass testing to everyone as soon as it's possible.