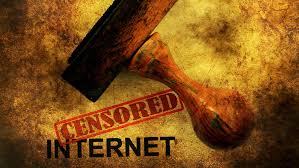 (Natural News) In the nearly four years that President Donald Trump has been in office, Left-wing big tech censorship of his supporters, as well as conservatives in general, has been a thing.

In fact, the censorship has really gotten bad this year, as tech gods like Twitter's Jack Dorsey and Facebook's Mark Zuckerberg instruct their minions to double down on efforts to control narratives, hide legitimate and factual information from users, and obscure the truth — all in an effort to promote the viewpoints and opinions of people and movements whose objective is to destroy America as founded.

With some notable exceptions, up to now the Republican Party in Congress has been virtually silent about big tech's assault on conservatives and the founding principles of our country (like, ironically, the First Amendment's freedom of speech and expression provisions).

But that appears to be changing, though it's too late now to do anything about the Left-wing tech gods' interference in the current election cycle.

Several prominent Republican senators have introduced legislation designed to turn up the pressure on Big Tech.

"Big Tech companies have stretched their liability shield past its limits, and the national discourse now suffers because of it," Blackburn noted in a tweet announcing the legislation.