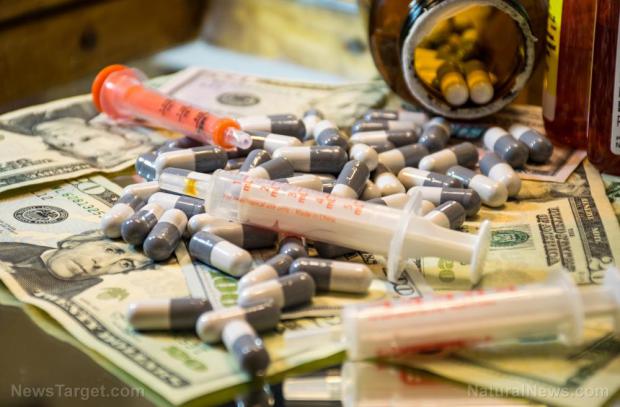 (Natural News) Pharmaceutical companies claim they are working around the clock to fight coronavirus, but that doesn't mean their efforts to influence Washington have stalled. In fact, the world's biggest pharmaceutical firms have showered 356 lawmakers with money ahead of the election this year, which means they've targeted more than two thirds of sitting members of Congress.

An analysis by STAT found that the campaign contributions have amounted to around $11 million, which has come in the form of 4,500 checks from political action committees (PACs) that are connected to the firms in question.

This type of political giving is par for the course in an election year, with Big Pharma making a big series of modest donations to Congressional incumbents while avoiding making big donations to the presidential candidates. Their goal is to gain favor via donations to the lawmakers tasked with regulating health care.

Political action committees are often set up by drug companies, who encourage high-level employees to make donations to them. The pharmaceutical companies are not legally permitted to give direct donations to candidates, so the PACs serve as their proxy pursuing their interests. Executives may donate hundreds of dollars a month to a PAC for their company; these donations are capped at $5,000 per year.

According to STAT, Pfizer has the most active PAC, sending out nearly 550 checks to lawmakers and other industry groups. Merck and Amgen aren't far behind with 379 and 405 checks, respectively.

This outpouring of cash comes at a time when Congress has recently provided billions of dollars to the federal health care agencies that fund drug company research.

Another issue at play this year is the fact that should Biden defeat Trump and Democrats take control over the Senate, Congress may carry out unprecedented reforms to how Americans pay for their prescriptions, which could dramatically hurt revenues for the drug industry.

The executive director for advocacy group Patients for Affordable Drugs Now, Ben Wakana, said: "The breadth of these contributions shows drug corporations have no intention of doing anything to lower their prices — they are lavishing millions in campaign contributions to protect their power to dictate high prices for prescription drugs."