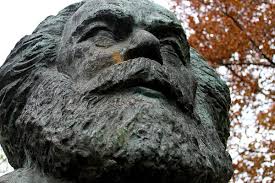 The world waited with bated breath to see what would happen next. And then it happened: nothing.

When no Soviet tanks deployed to Poland to crush the rebels, political movements in other nations—first Hungary, followed by East Germany, Bulgaria, Czechoslovakia and Romania—soon followed in what became known as the Revolutions of 1989.

The collapse of Communism had begun.

On October 25, 1989, a mere two months after Poland's pivotal election, the New York Times published an article, headlined "The Mainstreaming of Marxism in US Colleges," describing a strange and seemingly paradoxical phenomenon. Even as the world's great experiment in Marxism was collapsing for all to see, Marxist ideas were taking root and becoming mainstream in the halls of American universities.