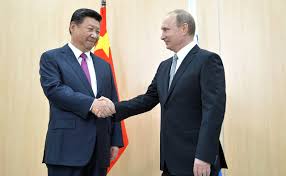 This has been accompanied by a corresponding positive military to military relationship as well — something that would have been unheard of throughout much of the 20th century.

And now the two major powers are set to kick off the "Caucus 2020" joint war games in southern Russia which will run in late September.

The drills are expected to run for a week at the end of September, from the 21st through 26th, and will feature PLA infantry units, armored carriers, upgraded transport aircraft, and light weaponry, according to China's defense ministry.

The defense ministry further underscored that China-Russia ties are increasing "at this important moment when the whole world is fighting the pandemic," according to the statement.