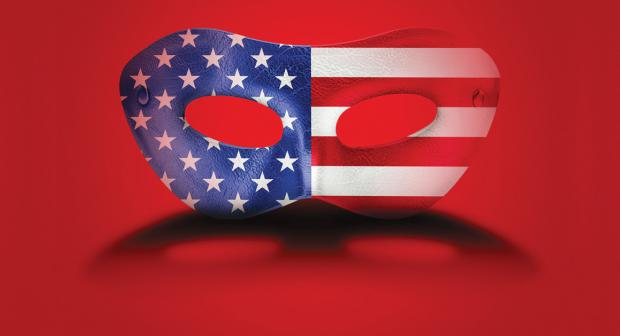 Yet Americans believed the transparent lie.

The neoconservitives who dominated the Cheney/Bush government identified the Arab Middle East as the enemy and said a "new Pearl Harbor" was needed to provide wars to overthrow 7 countries in 5 years.

The Zionist neoconservatives wanted to remove opponents of Israel's expansion into the West Bank and Lebanon.  Cheney wanted to continue the enrichment of the military/security complex of which he is a beneficiary.

To provide the "new Pearl Harbor," Cheney, the neoconservatives, and Israel orchestrated the attacks on the WTC and Pentagon.

Architects and Engineers for 9/11 Truth and a number of similar orgnizations, together with a number of documented books by people of known expertise and integrity, have demolished the official story.  We now know that 9/11 was a Deep State operation to provide America with an enemy—the War on Terror— so that the military/security budget, on which so many fortunes rest, would not be threatened.

The Deep State Had 4 Years To Get This One Right And They Still Blew It With MKUltra...

Are China & Russia In Better Economic Shape Than We Are?

Hohmann: Globalists Have Entered The Kill Phase Of The Great Reset

No More Monkeying Around: They're Breaking Out The Mon(k)ey Shot!

Next Issue Of The Wild Bunch Dispatch: Gun Grabbers...