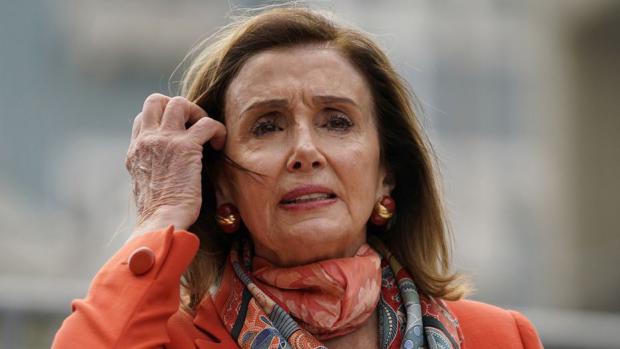 At time of writing, the petition hosted at media action network has garnered over 25,000 signatures.

Not only did Nancy Pelosi knowingly violate health ordinances, but just destroyed a business because she couldn't take a ounce of responsibility.

The salon owner gets death threats, while Pelosi has paid ZERO price for her hypocrisy.

At a very minimum, Nancy Pelosi must be prosecuted by San Francisco for her flaunting of COVID regulations. Now!

The footage of Pelosi was leaked last week, showing her walking around the salon without a face mask. All the while 'ordinary' people are not even allowed to go to hair appointments because salons are still all closed in SF under coronavirus rules.

After several days, instead of apologising, Pelosi claimed that she had been "set up" by the owner of the salon.

"I take responsibility for trusting the word of the neighborhood salon that I've been to over the years many times, and when they said, 'We're able to accommodate people one person at a time.' I trusted that," Pelosi told reporters.

"So I take responsibility for falling for a setup. And that's all I'm going to say on that," Pelosi declared, even adding "I think that this salon owes me an apology, for setting me up."

If ever there was a time for the old adage 'one rule for them, another for everyone else' it is now. Pelosi's reaction also betrays how over privileged and out of touch Democrats have become.