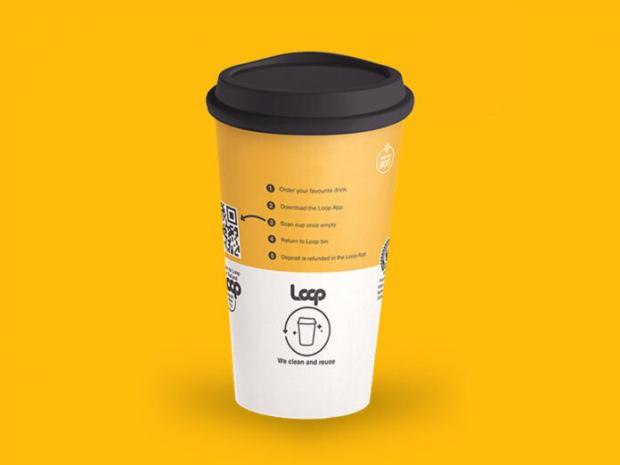 Instead of relying merely on biodegradable or recyclable cups, McDonald's vice president of global sustainability, Jenny McColloch, is opting for a reusable system of drink cups made by a company called Loop.

This initiative aims to give consumers a greater sense of responsibility towards the cup, and waste in general.

In their system, a small deposit will be paid on each cup which will be returned to the buyer upon its deposit into a special in-store bin, or at collection points in other participating stores across the country, like Tesco, where they can be rounded up and brought to a facility to be sterilized and sent back to the restaurants to be used again.

"You can now leave the restaurant with it and deposit it anywhere," says Tom Szaky, CEO of Loop. "So you get that sort of to-go experience fulfilled, and you don't have to deal with anything other than depositing it back in the Loop ecosystem."

German McDonald's, as well as American companies like Starbucks and Peet's Coffee, offer small discounts for customers who bring in their own cup, but—in part because of the inconvenience of bringing a tumbler everywhere—relatively few java drinkers take advantage of the deal.

Bankrupt Restaurant Chains Hand Their Keys To The Lenders