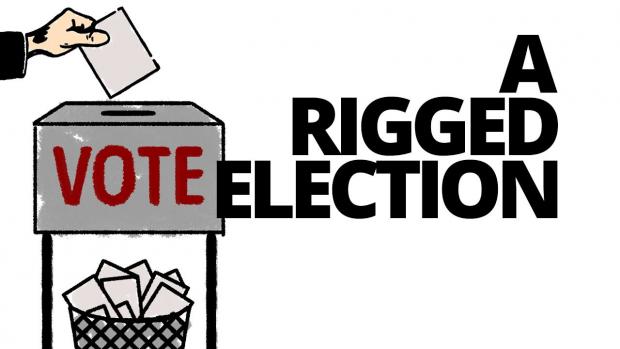 The very publication of the Transition Integrity Project (TIP) report and the subsequent news media reporting about it are components of psychological warfare within the broader information warfare campaign aimed at spreading demoralizing rumors to Trump supporters. The goal is to break down and weaken support before, during and after election day. Demoralized and unmotivated supporters do not make their support for their candidate public. They do not campaign in neighborhoods or post yard signs. They do not vote. They do not volunteer at polling places. They become convinced their hopes are lost, and highly controversial cause. They do not wish to be called a racist, or a hater, or identified with other fringe elements. They stay at home and watch TV.

Having been psychologically conditioned (through the COVID-19 pandemic) to withdraw, isolate, and lock-down -- on largely fiat orders of various government officials -- many Americans will react to the "irregular" and extra-legal tactics of the Left. The Left relies on this reaction to suppress voter turnout and use varying forms of terror, such as reprisals and the threats of reprisals, against those who do not cooperate or who challenge the projected accusations detailed in the TIP report.

The TIP report is careful not to engage in sedition. They are a whisper away from advocating violence - but these are very sharp political operatives that are all lawyered-up, so they speak in code. Here are some examples for you to read between the lines:

"If there is a crisis, events will unfold quickly, and sleep-deprived leaders will be asked to make consequential decisions quickly. Thinking through options now will help to ensure better decisions"

"Planners need to take seriously the notion that this may well be a street fight, not a legal battle; technocratic solutions, courts, and a reliance on elites observing norms are not the answer here."

"Groups, coalitions, and networks should be preparing now to establish the necessary communications and organizing infrastructure to support mass mobilization."

"Military and law enforcement leaders need to be particularly attuned to the possibility that partisan actors will seek to manipulate or misuse their coercive powers for inappropriate political ends."