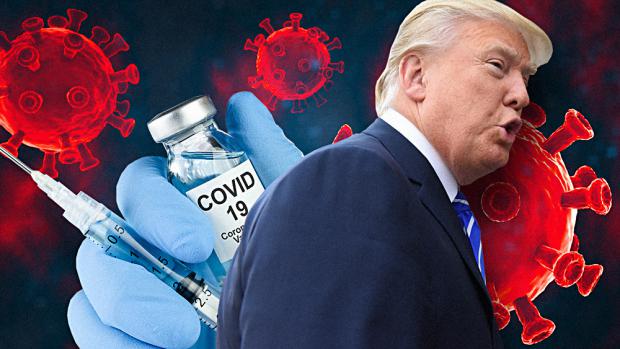 (Natural News) EXCLUSIVE ANALYSIS: Trump's plan to defend America and take down her domestic enemies is now becoming increasingly clear, and one new bombshell conclusion in all this concerns Trump's vow to use the US military to deploy vaccines nationwide before the election on Nov. 3rd.

We now believe, for reasons outlined here, that the "military deployment" of vaccines is a cover story. Trump is using the vaccine issue to place military units in position all across the nation to prepare for a post-election invocation of the Insurrection Act which would activate the military to confront and arrest or eliminate domestic terrorists across the country.

In other words, Trump isn't really leaping in with the vaccine industry as much as we once feared. "Operation Warp Speed" isn't really a vaccine operation but rather a national security operation that will put US troops on the streets of every American city in an effort to restore the rule of law, arrest treasonous actors (including mayors and governors) and put down left-wing terrorists. 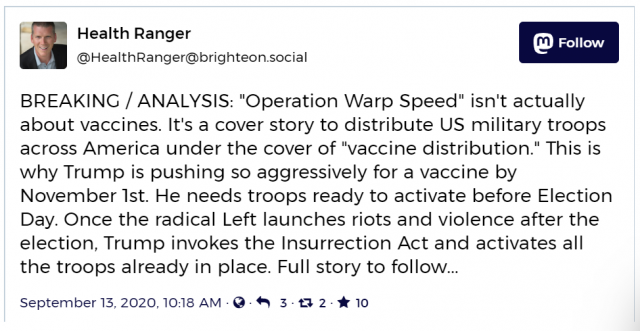 Trump invokes "insurrection" language to put down riots after the election

All this became abundantly clear yesterday, when Trump invoked "insurrection" language when asked how he would put down the post-election riots that are anticipated to occur.

He spoke of this in an interview with Judge Jeanine Pirro. (Transcript below.)