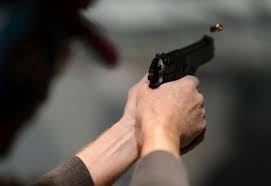 (Natural News) A "protest" march from Milwaukee to Washington, D.C., turned violent after Black Lives Matter (BLM) terrorists started accosting people in their neighborhoods, threatening them and pointing weapons at their homes and businesses.

One incident in Pennsylvania resulted in "protesters" being shot at by a local resident who, fearing for the safety of his family and neighbors, discharged a weapon at "activists" who came barreling down the street obviously looking for a conflict.

According to Pennsylvania State Police (PSP), a property owner near the Troop G Bedford station phoned law enforcement about a group of people that had entered a private business parking lot.

"Troopers later learned the group was comprised of approximately 30 activists who are traveling on foot and in vehicles from Milwaukee, Wisconsin to Washington, D.C.," an official announcement reveals about the incident.

Local police say that one of the "activists" was "struck by birdshot from a shotgun." This person was taken to the Conemaugh Memorial Medical Center in Johnstown for treatment before being released.

"A shotgun, shotgun shells, a semi-automatic pistol and 9mm casings were all recovered at the scene," reports further explain.

This type of chaos and more is only going to intensify as we approach Nov. 3, by the way. Listen to the following episode of The Health Ranger Report for one veteran's take on what Americans should expect up until the election and beyond: