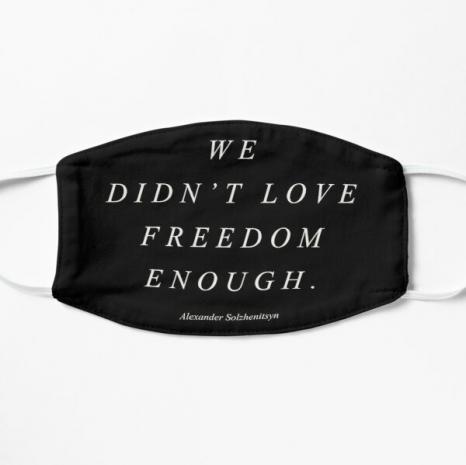 Originally appeared at: The Voice Crying in the Wilderness

As a survivor of the Communist Holocaust I am horrified to witness how my beloved America, my adopted country, is gradually being transformed into a secularist and atheistic utopia, where communist ideals are glorified and promoted, while Judeo-Christian values and morality are ridiculed and increasingly eradicated from the public and social consciousness of our nation.

Under the decades-long assault and militant radicalism of many so-called "liberal" and "progressive" elites, God has been progressively erased from our public and educational institutions, to be replaced with all manner of delusion, perversion, corruption, violence, decadence, and insanity.

It is no coincidence that as Marxist ideologies and secularist principles engulf the culture and pervert mainstream thinking, individual freedoms and liberties are rapidly disappearing. As a consequence, Americans feel increasingly more powerless and subjugated by some of the most radical and hypocritical, least democratic, and characterless individuals our society has ever produced.

Those of us who have experienced and witnesses first-hand the atrocities and terror of communism understand fully why such evil takes root, how it grows and deceives, and the kind of hell it will ultimately unleash on the innocent and the faithful. Godlessness is always the first step towards tyranny and oppression!

Nobel laureate, Orthodox Christian author, and Russian dissident, Alexander Solzhenitsyn, in his "Godlessness: the First Step to the Gulag" address, given when he received the Templeton Prize for Progress in Religion on May of 1983, explained how the Russian revolution and the communist takeover were facilitated by an atheistic mentality an a long process of secularization which alienated the people from God and traditional Christian morality and beliefs. He rightly concluded: "Men have forgotten God; that's why all this has happened."

The text of his Templeton Address is provided below. The parallels with the current crisis and moral decay in American society are striking and frightening. Those who have ears to hear, let them hear!

More than half a century ago, while I was still a child, I recall hearing a number of older people offer the following explanation for the great disasters that had befallen Russia: Men have forgotten God; that's why all this has happened.