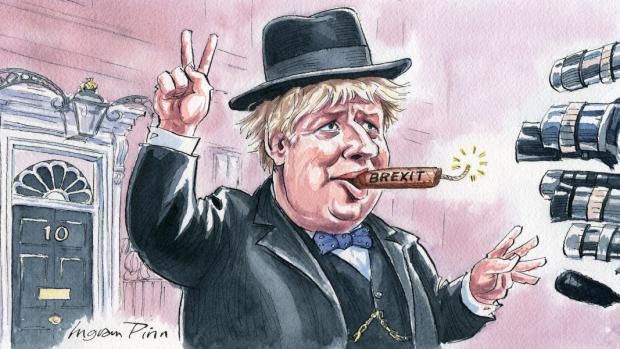 Boris Johnson has urged Conservative MPs to back his Plan to Override Part of the Brexit Withdrawal Agreement.

In a Zoom call with about 250 of them, he said the party must not return to "miserable squabbling" over Europe.

The EU has warned the UK it could face legal action if it does not ditch controversial elements of the Internal Market Bill by the end of the month.

And a Tory MP has proposed an amendment to the bill, which would affect trade between Britain and Northern Ireland.

Meanwhile, the European Parliament has threatened to scupper any UK-EU trade deal if the bill becomes UK law.

German Finance Minister Olaf Scholz was out with another EU bluff on Saturday: No-Deal Brexit Would Hurt Britain More Than EU.

"My assessment is that an unregulated situation would have very significant consequences for the British economy," Scholz told a news conference after a meeting of EU finance ministers in Berlin.

"Europe would be able to deal with it and there would be no particularly serious consequences after the preparations we have already made," he added.

Prime Minister Boris Johnson said on Saturday that a planned bill, which would breach a divorce treaty with the bloc, was needed to protect Britain's integrity.