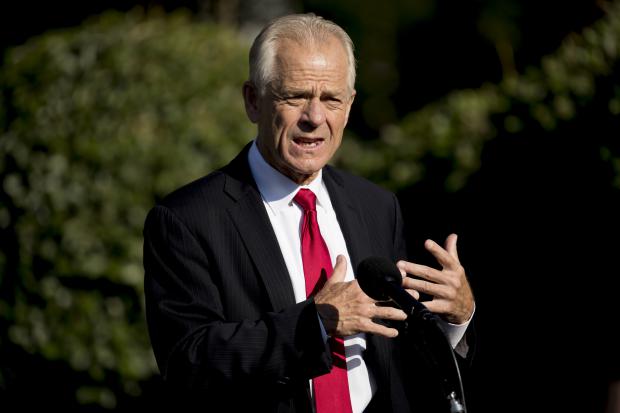 Peter Navarro was on Sunday abruptly cut from his CNN interview after a heated debate over Donald Trump 'downplaying' the threat of the coronavirus.

The president's aide told Jake Tapper: 'You just don't want to listen, Jake', adding: 'This is not fair, Jake. You're constantly interrupting me and you're not letting me talk.' He then accused Tapper of 'cherry picking'.

State of the Union host Tapper had asked Navarro why Trump 'acknowledged to Bob Woodward behind closed doors coronavirus was five times deadlier than the flu, misleading the American people'. He added: 'Why wasn't he honest?'

Navarro told Tapper: 'I am answering your question. You just don't like the answer.'

'And you know what, Jake, we were at that point prepared for the worst. In February we were moving mountains on PPE, therapeutics, testing and vaccines so that in the time that we needed those things we got those things.'

10 Ways The Media Is Gaslighting You BY JULIA SONG·

Why Are ESPN, ABC, Disney and the NBA Taking a Nose Dive?