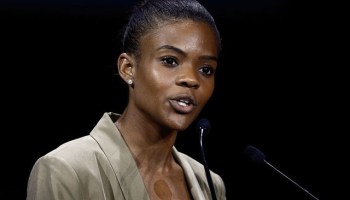 "Why does this happen?" Owens asked in a tweet, further explaining "Because pea-brained celebrities that are idolized like [LeBron James] tell young black men that they are 'literally being hunted.'"

"This is the natural result of such hyperbolic, dishonest rhetoric," Owens urged.

"The racist, anti-police, black lives matter LIE is to blame," she asserted.

"Why else does this happen? Because when pea-brained athletes put the name of an alleged RAPIST on their helmets and jerseys, criminals begin believing they are acting as heroes," Owens tweeted, referring to Jacob Blake from Kenosha, Wisconsin.

"BLACK LIVES MATTER AND THE COMPLICIT MEDIA ORGANIZATIONS, ATHLETES, AND ENTERTAINERS ARE TO BLAME," Owens declared.

National Guard Troops Are Being Prepared But For What!?