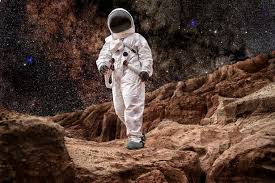 Mining on the Moon is decades away and will become the biggest "economic revolution" in history, an expert says.

Planetary scientist Dr Philip Metzger said nations, companies and entrepreneurs will soon be racing to be the first to set up a permanent lunar base.

Dr Metzger, of the University of Central Florida, said: "It's inevitable that sometime this century, nations will begin establishing full mining and manufacturing supply chains outside of Earth's gravity well.

"It'll be a race between entrepreneurs, companies and nations. It's going to open up a billion times greater resources and it will be an economic revolution greater than any we've seen before."