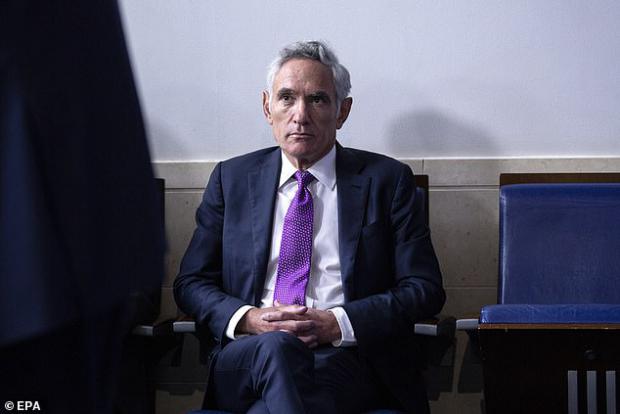 "We stand united in efforts to develop and promote science-based solutions that advance human health and prevent suffering from the coronavirus pandemic," say the professors. They believe that they have an obligation to counter "the falsehoods and misrepresentations of science" by Atlas, who formerly worked for Stanford Medical School and is now a senior fellow at Stanford's Hoover Institute.

Atlas is in favor of pursuing a herd immunity strategy, in which elderly and vulnerable populations are protected as the virus progresses through younger demographics. He emphasizes the economic consequences of lockdowns and calls for the reopening of schools with proper safety measures in place.

He has critiqued the mainstream media for pushing narratives that conflict with scientific data with respect to the coronavirus.

"There's an overwhelming body of science here and if we had a half-hour I would articulate a little bit more," Atlas told Fox News in August.

"But basically, it's frustrating to hear media talk about, 'according to the data,' and then they act and say things that are completely contrary to the data."

Atlas's former Stanford colleagues argued that "the safest path to herd immunity is through deployment of rigorously evaluated, effective vaccines that have been approved by regulatory agencies."

"The policy response to this pandemic must reinforce the science, including that evidence-based prevention and the safe development, testing and delivery of efficacious therapies and preventive measures, including vaccines, represent the safest path forward. Failure to follow the science — or deliberately misrepresenting the science — will lead to immense avoidable harm," the letter asserts.